Most visitors to Seattle are familiar with Boeing’s excellent, and large, Museum of Flight just south of downtown Seattle at Boeing Field; and it is worthwhile for any visitor. The museum features aircraft from the beginnings of powered flight through space travel including the “red barn” where the first Boeing airplanes were crafted from wood and fabric. Equally rewarding is the tour of Boeing’s manufacturing plant at Paine Field in Everett, 25 miles north of Seattle, where you can watch jumbo 747s, carbon-fiber 787s and 777 stretch jets being manufactured. But even most locals aren’t aware of the historic aviation facilities at Everett’s Paine Field with their collections of rare and operating vintage aircraft and ground vehicles. All are rare, some are one-of-a-kind, and they’re all well worth seeing.

There are three facilities to visit at Paine Field which can make for a pleasant day of touring. Many of the aircraft and other vintage vehicles are maintained in operating condition and fly regularly. Each facility is operated independently from one another, but they sometimes collaborate for special events where you can see this flying history in action, with rare airplanes flying overhead and if you’re lucky, even catching a ride in one (for a price of course).

On the west side of Paine Field is the small but impressive Historic Flight Foundation museum with operating aircraft from World War II and before. The collection is small, but impeccably restored. The airplanes are maintained in flying condition and most fly often. I like the Beechcraft Stagger Wing, a beauty from the 1930s with its luxurious leather seats and clean, sleek design. 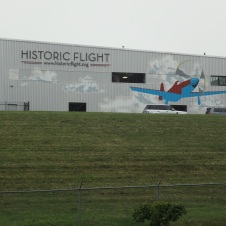 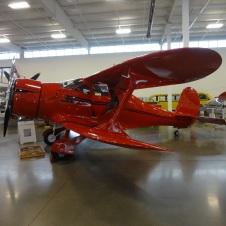 The deep roar of radial piston-driven engines can often be heard as these brightly painted fighters and bombers fly overhead. The Historic Flight Foundation, in collaboration with other vintage aircraft collections, hosts a number of events during the summer where you can see rare aircraft in operation. http://historicflight.org/hf/

On the far southern end of Paine Field is the larger Flying Heritage Collection where billionaire Paul Allen shares his passion for aviation through his private collection of operating vintage aircraft. The collection dates from the 1930s through the beginning of the jet age with a special focus on World War II war planes. There are some beauties, all painted in original colors, some with decorative nose-art with airplanes from almost all participants of the war; Russian, German, British, American and Japanese. Some are extremely rare or one-of-a-kind aircraft here with my favorite being the Russian Polikarpov bi-plane that Russian women pilots flew low over German invaders in the dark of freezing Russian nights, dropping small bombs on the troops below and earning them the name, “night witches” (there ought to be a movie about this).

The Flying Heritage Collection is a bargain to visit at $14 each and also includes various ground vehicles from WW II including operating German, Russian and American tanks. You can see many of these planes and ground vehicles in operation each Memorial Day weekend when the Flying Heritage Collection hosts a vintage aircraft show, in late July for its Air and Ground show with vintage aircraft visiting from around the United States, or during one of their “fly days” throughout the summer. http://flyingheritage.com/ 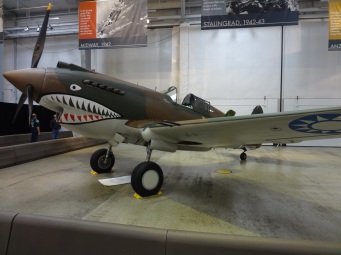 Along the eastern side of Pain Field is Boeing’s Museum of Flight Restoration Center where classic airplanes from the early days of aviation through the supersonic jet age are restored for display in Boeing’s Museum of Flight near downtown Seattle. This is a working shop located in an over-stuffed hanger so full of airplane parts and planes undergoing restoration that it spills out into the parking lot behind the building. Here you can see how ancient engines are brought back to life, old air frames are reworked to their original splendor and talk to the volunteers that are doing this work. 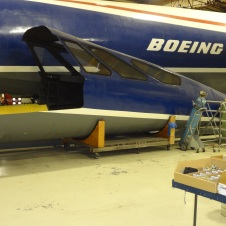 A current project is restoration of a rare De Havilland Comet, the world’s first commercial jet airliner, with its jet engines hidden inside the wings and so large that half of the plane extends through the hanger into the lot behind it. Near the Comet is a full scale mock-up of Boeing’s prototype for a supersonic passenger jet, its answer to the now discontinued French Concorde (Boeing abandoned the project, but the artifacts remain). There is an operating Vought Corsair from World War II with its odd bowed wings that is so rare it isn’t risked by flying it anymore, although it’s maintained in flyable condition. The $5 entrance fee is money well spent and the volunteers can tell you fascinating stories about the aircraft there. http://www.museumofflight.org/restoration 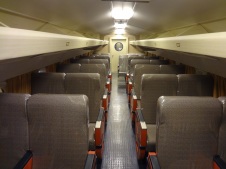 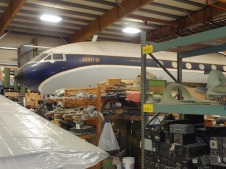 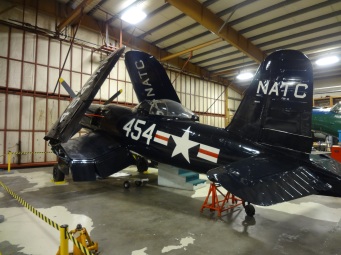 A great way to experience this flying history is during the Labor Day holiday at the end of August when Vintage Aircraft Weekend is held at Paine Field. Historic airplanes roar overhead while you browse through vintage automobiles and other memorabilia on display throughout the grounds. Live big bands blast out catchy 1940s jazz while the deep roar of propeller-driven airplanes provide a nostalgic background to the whole affair.

So, if you’re in Seattle and visiting Boeing’s Museum of Flight or its manufacturing plant at Everett, consider spending a few hours at Paine Field in Everett exploring these historic aviation facilities. You’ll be glad you did.